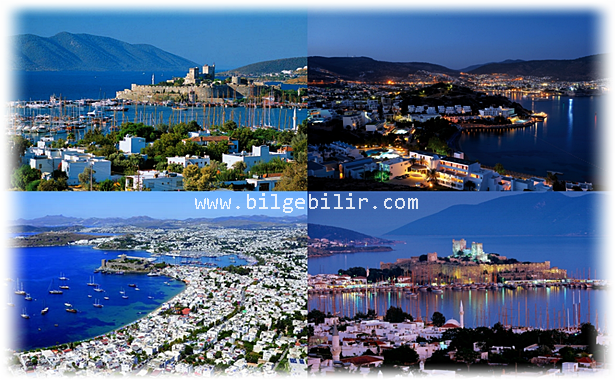 Bodrum is a district and a port city in Muğla Province,

Although more than a million tourists flock to its beaches, boutique hotels and clubs each summer, Bodrum never loses its cool.

Bodrum is a fascinating place as it has a pleasing contrast between the Ancient city and a playground for rich Turks and an array of foreign visitors.

Bodrum is an inviting, colorful crowd full of surprises, sometimes a humble wiseacre and a loose wise man, sometimes it is an alone crazy, it is freedom, love; Bodrum is sun, sea and after all it is history… In short Bodrum is everything and everybody. Because everybody has it is own Bodrum here. Some live a modest, peaceful and quiet life, some live crazily madly. Bodrum is a White that bears all colors and also internalizes them. It rains different here and also the sun rise different and sets completely different. Wind blows different, sea smells else. Bodrum is the naughtiest, the haughtiest, the most inert, the most beautiful, the most honest and the most frank child of Nature Mother.

Today, Bodrum is one of the most important centers of trade, art and entertainment as it has been since centuries ago.

Bodrum has experienced a renaissance in the last half century that has transformed this once-sleepy community into one of Turkey’s most popular vacation hotspots. Writers, intellectuals, artists and musicians have long called this Aegean town home, or second-home, attracting a vibrant cultural scene paralleled.

There are beautiful beaches in Bodrum.

Weather And Climate in Bodrum 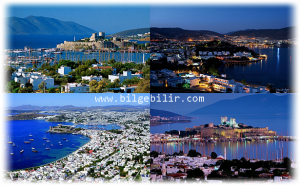 During winters and springs, November through April, the weather in Bodrum is generally very good with a few heavy shower periods, usually taking place in November, and then some time after new year and the last one in March-April. February is especially pleasant with not too cold nights and the almond blossoming and the abundance of wild ruccola all over the place.

Summers, arriving after April, are as hot as it can get (expect temperatures higher than 40 C) and sunny with no rain.