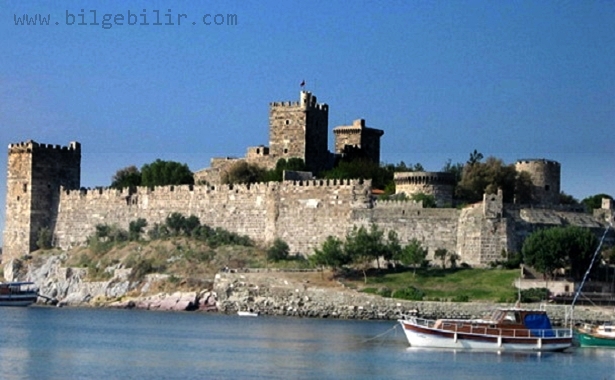 Lording over the seafront, the Castle of St Peter is at the top of every visitor’s things to do in Bodrum list. The Knights Hospitallers of St John built the structure between 1402 and 1437, and knights of various nationalities were entrusted with the defense of particular sections of the walls. Among the various towers are the French Tower, English Tower with a sculpted lion on its west wall, and the Gatineau Tower, which leads to the dungeons.

Bodrum Castle located in southwest Turkey in the city of Bodrum, was built by the Knights Hospitaller starting in 1402 as the Castle of St. Peter.

In 1846 Lord Stratford de Redeliffe, the British Ambassador to Constantinople take twelve slabs showing a combat between Greeks and Amazons. Sir Charles Newton conducted excavations and removed a number of stone lions in 1856. Presently, these are all to be found at the British Museum.

There are a lot of different exhibitions at Bodrum Castle. 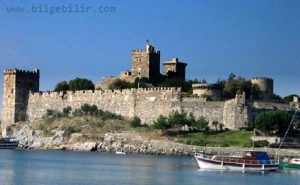 The castle of St Peter is very well preserved and it also has the added benefit of paving way to the most amazing views of Bodrum Bay. History buffs will delight in knowing that the castle is over 600 years old. Right next door to the castle is the underwater museum  which will amaze both children and adults alike.